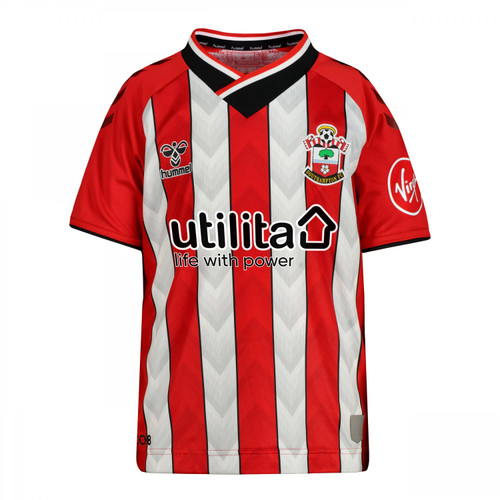 It's a return of kit maker hummel, previously worn by the Saints and club legend Matt Le Tissier from 1987-1991. The design is inspired by the last one worn at former ground The Dell.

- The traditional red and white stripes are back.
- hummel chevrons on the white stripes.
- hummel chevrons on the shoulders taken from the 1991 jersey.
- Red, black and white overlap collar taken from the 2001 jersey, the last one worn at The Dell.
- Sewn on badge.
- The names of stands from both stadiums are printed inside the back hem.
- "20" on the upper back for 20 years at St. Mary's.
- Images of St. Mary's and The Dell are printed inside the collar.